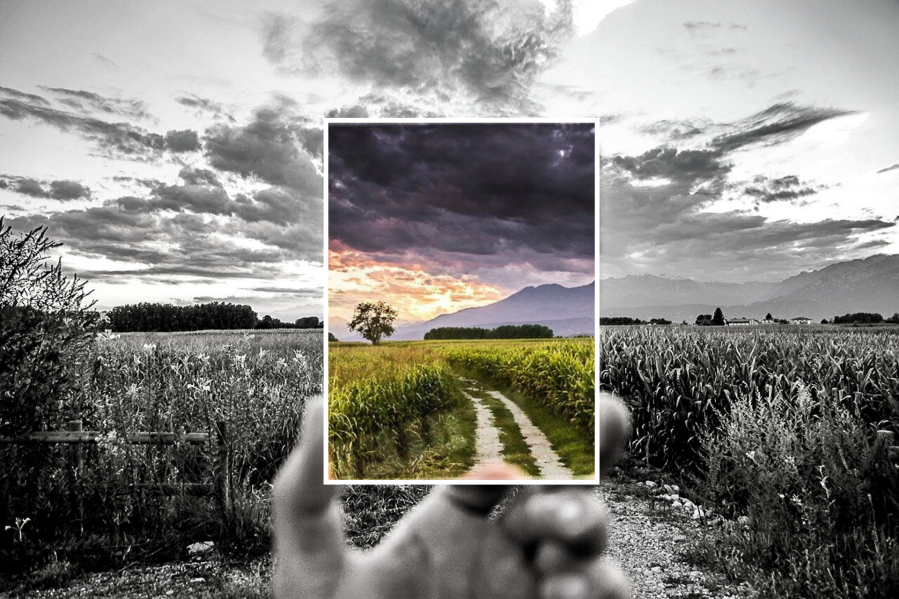 The Fundamental Attribution Error in Action

Not too long ago, as I was heading to work, I was sitting at a stop sign and waiting to turn out of my neighborhood onto the main road. It was a dreary day in the Chicago metro area—gray skies, a misty drizzle, and very foggy. Car after car came speeding over the hill into my view, and only a few of them had their headlights on. “Morons!” I muttered to myself. “Why don’t any of these idiots have their headlights on? You’re supposed to turn on your headlights when there’s fog and visibility is low so other people can see you!”

As I traced my usual route to work, I had variations of this same thought each time I passed a vehicle whose headlights were dark. How could people be so stupid? Didn’t they realize how dangerous it was to be driving in such conditions without turning their lights on? I parked my car begrudgingly and trudged across the wet sidewalk toward the building, all the while cursing humanity for its brainlessness.

Flash forward to later in the week, when I was following behind Little Man during his umpteenth lap around the first floor of our house, still wearing my pajamas and stealing anxious glances at my watch. It was 12:05 pm. I needed to leave for work in twenty-five minutes, but I had yet to get dressed, eat anything, or brush my teeth. It was snowing, so I knew the roads would be lousy and it would be slow going. Facing the same slick roads and sluggish pace of traffic, the grandparent who would be entertaining Little Man while I was at work hadn’t arrived yet. I paced nervously by the front door as Little Man pressed his face and hands to the storm door’s frigid glass.

When grandma finally arrived at 12:15 p.m., herself a victim of hazardous road conditions and overly cautious motorists who seem to forget how to drive as soon as a crystalline white flake threatens to fall from the sky, I scrambled to throw on some work-appropriate attire and hurriedly grabbed an apple as I rushed out the door, a solid ten minutes later than I needed to leave. On the road, I passed other vehicles that were plodding along at what I deemed to be an excessively slow pace; road conditions were far from great, but they weren’t that bad. My heart sank as I turned a corner and found myself stuck behind a tandem formation of snow plows, diagonally staggered in such a manner as to create a rolling roadblock travelling at 15 mph in a 40 mph zone, with no hope of being able to escape yet another obstacle impeding my ability to make it to work on time. Some quick mental math told me my chances of arriving before the start of my shift were infinitesimally small, so I fired off a quick voice text to my coworker (while stopped at a light, not while driving) and hurried along at the quickest speed I could manage that was still safe for the road conditions.

Of course, there were no close parking spots; mountains of displaced snow blocked several spaces, and the rest were filled by others, like myself, who wanted to spend as little time as possible walking outside in cruddy weather. I settled for the first spot I could find and rushed to traverse the un-shoveled, un-salted, deceptively slick, and somewhat treacherous walkway up to the building. After nearly falling multiple times, I finally arrived at work cold, wet, and out of breath, apologizing profusely for being fifteen minutes late (if you know me in real life, you know that I abhor being late. Yes, abhor; I feel that strongly about it).

These two disparate stories illustrate a bedrock concept in social psychology called the fundamental attribution error (also sometimes referred to as correspondence bias or the attribution effect). In short, we tend to believe other people’s behaviors are a reflection of their personal characteristics—that when people act freely or make decisions, they generally do so in accordance with who they are as a person. We expect someone who waves to us and says hello as we pass on the street to be friendly and outgoing, whereas we assume someone who puts their head down and averts making eye contact will be shy or unfriendly, for example. However, this belief is not always correct, or at times we give it too much weight. The fundamental attribution error is a common mental bias (in the Western world at least) wherein we tend to overestimate the role personality plays and underestimate the influence of situational factors in producing others’ behavior, but we tend to exaggerate the effects of circumstance and downplay the impact of disposition when it comes to explaining our own actions.

In my first anecdote about the people driving on a foggy day, I automatically assumed the other drivers had failed to turn on their headlights as a result of a particular character trait: stupidity. The possible situational factors that also could have led those drivers to take to the road without turning on their headlights in the fog never even crossed my mind. Perhaps their cars were equipped with automatic lights that only come on when it is sufficiently dark outside, and the fog that day was thick enough to greatly reduce visibility but did not make it dark enough to trigger the lights. If the other drivers had become habituated to having the headlights come on automatically, it might not have occurred to them to turn the lights on manually. Or, maybe they had just left home in a hurry and forgot to turn on their headlights until the lights on an oncoming vehicle sparked their memory—this has certainly happened to me when my mind was elsewhere and I was functioning on autopilot. Or, it simply might not have been foggy a mile or two up the road!

(Side note, this reminds me of times when you’re driving along on a sunny day and start noticing that all the oncoming traffic has their headlights on, which almost always suggests that it’s about to get a lot less sunny. Or, worse yet, heading back to Indiana from Chicago on a cloudless, sunny New Year’s Day and spotting a snow plow in the oncoming traffic. Sure enough, somewhere around Gary, Indiana, the clear blue sky gave way to gray clouds and light flurries, which turned into a literal white out about five miles further down the road. Yeesh!)

My second story was all about circumstances. After all, there wasn’t much, if anything, I could do about the snow or being stuck behind two slow-moving plows with no options to bail onto a different road. You’ll notice I said nothing about my complete and utter inability to wake up early enough in the morning to get myself ready before Little Man wakes up and Hubby leaves for work (a personal characteristic of mine), though. Despite the fact that having gotten dressed much earlier in the morning probably would have largely mitigated the ripple effect of grandma’s delayed arrival that day, I only included situational details like the road condition and the plow blockade in the text message I sent to my co-worker explaining why I would be late.

Truth be told, if my co-worker and I weren’t friends outside of work and she didn’t know how hard I try to avoid being late (it makes me so anxious; in college, if I was running more than a minute or two behind for class, I would just skip it altogether in order to avoid having everyone turn around and look at me when they heard the door open during a lecture that had already started!), she most likely would have assumed I was just irresponsible, inconsiderate, or flaky. Good thing she knows me better than that!

The point of my sharing these two examples with you is to remind everyone that there’s often more to the story of someone’s behavior than we tend to think. We can’t help it; our minds are primed to jump to conclusions, and those conclusions rarely include situational factors the first time around. But, it’s worth delving deeper to find out more about the circumstances driving someone’s actions, especially when we feel personally affronted by them. The friend who never responded to your text might have come home to an enormous mess or had a phone-obsessed toddler inadvertently mute the conversation without realizing it. Your partner might have forgotten to pick up milk at the store on the way home from work because he got pulled into important meetings at the end of the day and never wrote it on the list.

It takes conscious efforts to remind ourselves to think about how circumstances could be affecting someone’s actions. I learned about the fundamental attribution error in one of the first psychology courses I took more than fifteen years ago, and I still fail on a regular basis to consider situational factors as a driving force that influences behavior. Maybe those other motorists had legitimate reasons to be driving through dense fog without turning on their headlights, or maybe they were just jerks. I suppose we can never be sure, but the truth probably lies somewhere in-between.

All content copyright The Self–Evolved, 2020 – present, unless otherwise noted. Unauthorized use and/or duplication of this material without express and written permission from this site’s author and/or owner is strictly prohibited. Excerpts and links may be used, provided that full and clear credit is given to The Self–Evolved with appropriate and specific direction to the original content.